Is the IoT a threat to the work force? 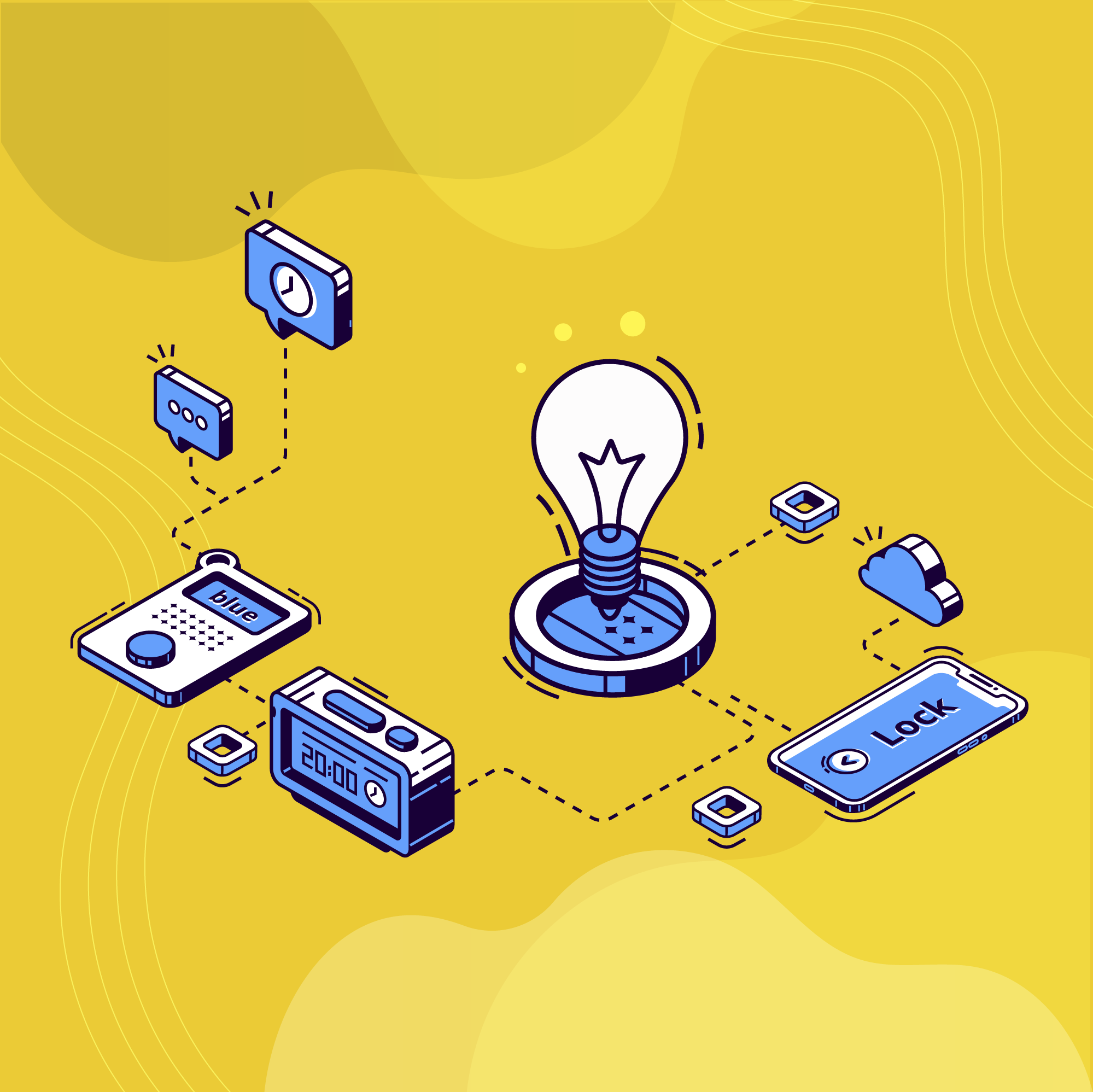 Back in the 1990’s, the increasingly popular Interactive Voice Response (IVR) systems seemed to be taking over the world. When you called your bank or credit card company, a machine picked up the call prompting you to select what you wanted to do: to press 1 for this or to press 2 for that. At some point, as those systems spread over many other industries such as insurance and transportation, it seemed almost impossible to talk to a human being when needed. The number of options in IVR applications grew larger and deeper, and eventually one got tired and hung up before being able to connect to a live agent.

That was exactly the point. Humans are more expensive as labor force than a piece of hardware, at least in the long run. IVR’s threatened the jobs of millions of phone agents worldwide as it was believed that those machines would eventually replace everything that those agents could do and in turn, replace them. As an IVR applications developer I heard countless stories of how terrified those agents were to be left without a job.

Soon, speech recognition replaced having to press buttons by offering a list of options from which you had to choose by uttering a short phrase back to the machine. IVR’s were relentless, asking you repeatedly to say again what you had said, as they often could not understand what you were saying; and pray to God if you had an accent! It was a great technological advance, nonetheless. It made it more human-like and somehow caused us to quit cursing at the fact that we were stuck not being able to speak to a live person because many IVR’s were able to pick up on our bad words and even beg us to stop cursing at them. Yes, some companies asked us to develop recognition of curse words to appease their callers’ attitude by telling them, in short, not to be so rude.

In the event you were finally connected to a human being, agents now had a different role. Companies realized that even with top notch technologies backing their IVR systems, these machines were not capable of dealing with complex issues and dedicated resources to transform their phone agents’ skills into better trained and capable problem-solvers. So no, these machines did not entirely replace human beings, they made their jobs more important.

There is more. When natural speech was developed by the wonderful language specialists, it was sort of amazing. It felt as if you were talking to a real person, who sometimes had a slight hearing impediment – not kidding! They were super advanced in their ability to understand what callers wanted, and IVR’s were able to steer ‘conversations’ in a way that resulted in better service. If you ever needed to speak to an agent, it was easier to get to a live person, who had the information about the call readily available on a pop-up screen, so the caller did not have to repeat all the requests previously made.

As this went on towards the end of the 90’s, the internet changed everything. Self-servicing was no longer reserved to IVR technology. Websites started complementing the job of IVR’s and soon after, they became the mainstream tool for clients and customers to deal with requests and issues. Oh, and then apps! Apps have become not only the norm but our lifelines – without them we might as well be dead.

However, still today in 2021, we need to speak to agents for more complex requests and issues that IVR’s, websites and apps cannot fulfill. IVR’s could not do it all, and neither could websites or apps. So, agents are still here, thriving and not going anywhere. Their job is so relevant that extraordinary efforts have been made in technology to create our own personal agents, you know, those you talk to as if they were real people, giving them names, us asking them silly questions, and even making fun of them. However, that did not happen before apps and smartphones took us over by storm, preparing us for it.

A huge consequence of the world of apps and smartphones is that we have become more and more connected… here I stop to think and question that expression – “more connected”… and I wonder, connected to what?

My first thought was, we are more connected to people. Yes, people, of course, but wait! Sure, some of the connections we maintain are with people we know but we also connect to some of them who we do not know, almost entirely on social media and professional sites, for example. Therefore, I realize we have become more connected to the information we obtain from them. Is that it? Not quite.

Then I pictured myself going on a social media app. Looking at pictures, reading posts and boom! I hit the like button. I see it all clearly now. It is not just about the information one gathers, but about receiving that information and reacting to it. So, the whole thing is about cause and effect driven by information. This is, to interact.

For the longest time we have been making machines and devices react to what we need and want by proving information to them, even when this information is physically provided and requires spatial proximity to them. If we get cold inside our home, we tell the furnace to start operating by setting the control panel to a higher temperature. If we need to go faster, we step down on the accelerator of our vehicle. If we need to make a call, we dial the number on our phone.

When we add the internet to the mix, we can hit send and then an email travels the world, we click on buy now and then we get what we purchased in a few days, or we can simply tap on the like button to an online post to let everyone know we approve. So, the internet made possible to interact with something that is not near us.

As you can see, we are the primary agents of information to those machines and devices - we are the input that triggers their reaction as we interact with them; without us they would be sitting still, waiting for eternity to do what they do best. We control them – we not only tell them what to do but when to do it as they cannot read our minds to learn what we feel, want, or need. Or can they? Of course, they can, or at least some of them.

Heartbeat monitors and blood pressure devices connected to a patient at hospital can detect changes in heart rate and blood pressure and determine when those values are not within the normal range, thus communicating those events to the outside world in a variety of ways, sometimes using quite alarming audible sounds or screen flickers. They do not know what we feel, want, or need, but they know we might feel, want, or need something. Yet, this still requires physical proximity to the device by the patient and ultimately human intervention to address the issues, usually doctors or nurses.

Some devices can provide information to other devices so they can react without human intervention. A smoke detector somehow connected to a sprinkler system could trigger a release of water in the case of a fire; there is no need for a firetruck or firemen to arrive. Airplanes are equipped with an airborne collision avoidance system (ACAS), which is implemented by causing the plane’s radar to trigger an alarm that informs the plane’s control systems about another aircraft coming within a path of collision. If danger is imminent, two airplanes coming in each other’s ways will react by avoiding crashing in midair by turning away from one another, no pilot needed. Wonderful, is it not? Pilots are still needed for many other tasks, as are firemen.

While many of these devices connect through wires and some others wirelessly, their cause, effect and performance were always unknown and inaccessible to the world. The information they produced, if any, was confined to internal logs and their data kept in private databases merely used for audits, sales and marketing programs, or just as legal safeguards.

Technological evolution made possible the development of devices that were able to remotely exchange information with different purposes, thus becoming smart devices. Smartphones are the best and most widely known form of smart devices, yet a soda dispensing machine able to remotely report its inventory and depletion rate to another device for the purposes of the scheduling of refills is also a smart device, even though less evident. The network of these and other smart devices is known as the internet of things (IoT).

The levels of interactions within IoT are unprecedented and the information that is gathered and exchanged even more valuable. This information could take years to collect outside of the IoT thus delaying the analysis and studies that can be conducted with the purpose of implementing improvements to the environments in which those devices operate. On the downside, people dedicated to both the exercising of those interactions and the recollection of that information may find that their jobs are at risk.

However, as history has proven for developing technologies such as it was for IVR systems, IoT will open new doors for professional development. People dedicated to the tasks related to those interactions and collection of results may now be diverted to put time and effort to the tasks of developing new models for the improvement of productivity.

So, extrapolating the example of those agents afraid of losing their jobs to an IVR, is the IoT a threat to the work force? I would say not. Considering how phone agents evolved and how their purpose was renewed, humans should not be afraid of becoming disposable by the IoT and instead, be excited of developing into new roles that are much more important.

The rich text element allows you to create and format headings, paragraphs, blockquotes, images, and video all in one place instead of having to add and format them individually. Just double-click and easily create content.

How to customize formatting for each rich text

Headings, paragraphs, blockquotes, figures, images, and figure captions can all be styled after a class is added to the rich text element using the "When inside of" nested selector system.